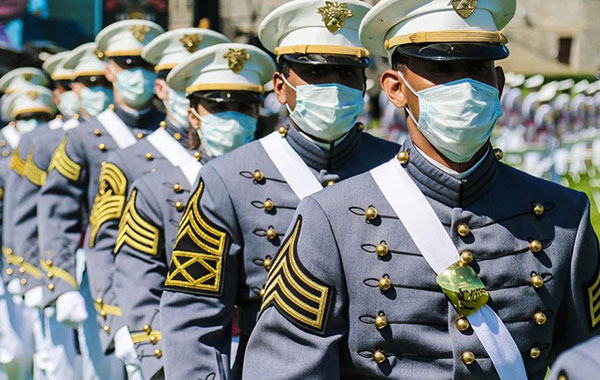 Without An Enforced Honor Code, Can The Military Academies Survive?

“Upon returning to USAFA for our 30th Class Reunion in 2002, we found locked doors to cadet dormitory rooms. A simple security issue we were told, but gone were the days when a $100 bill could be left unmolested on one’s desk. Later that day in a formal briefing, the Commandant of Cadets informed us that the Honor Code could not be enforced as it was in the 1970s. Doing so would decimate present classes, whose members adhered to a less rigid standard of morality and honor. And now 20 years hence the Academy is embroiled in yet another scandal with 243 cadets accused of cheating with no resolution in sight.”

“Academy alumni, who watched the decline in academic standards, military rigor, and ethical expectations over the past several decades, wonder if the Academy can withstand the onslaught of doctrines like Critical Race Theory (CRT) that are incompatible with training future Air Force officers. A new breed of ideological, senior officers argues a new ethos better aligns Academy values with evolving cultural realities. Once aligned, what will distinguish the Academy from other institutions involved in academic and military training? If the answer is “nothing,” then the value of the Academy’s contribution comes into question.”