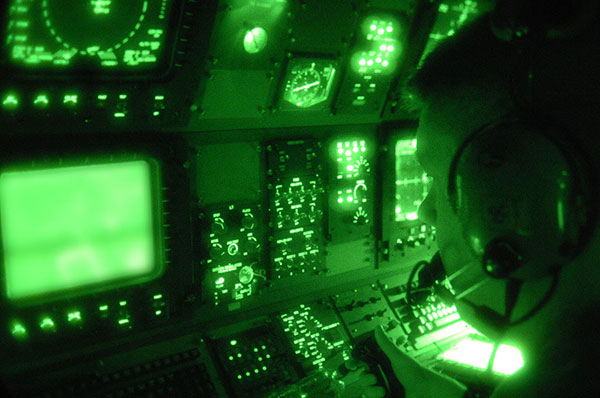 What I Learned While Eavesdropping on the Taliban

In 2011, about 20 people in the world were trained to do the job I did. Technically, only two people had the exact training I had. We had been formally trained in Dari and Pashto, the two main languages spoken in Afghanistan, and then assigned to receive specialized training to become linguists aboard Air Force Special Operations Command aircraft. AFSOC had about a dozen types of aircraft, but I flew solely on gunships. These aircraft differ in their specifics, but they are all cargo planes that have been outfitted with various levels of weaponry that range in destructive capability. Some could damage a car at most; others could destroy a building. In Afghanistan, we used these weapons against people, and my job was to help decide which people. This is the non-euphemistic definition of providing threat warning.

I flew 99 combat missions for a total of 600 hours. Maybe 20 of those missions and 50 of those hours involved actual firefights. Probably another 100 hours featured bad guys discussing their nefarious plans, or what we called “usable intelligence.” But the rest of the time, they were just talking, and I was just eavesdropping.