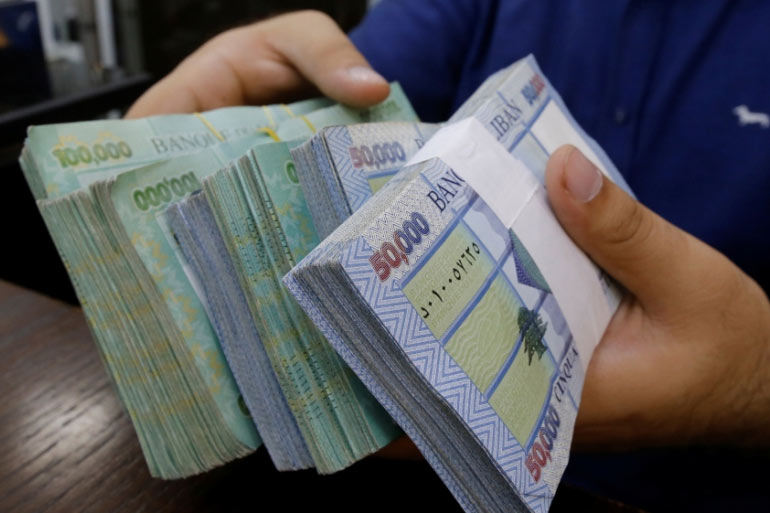 What Happens When Your Currency Collapses?

I’m a millionaire. A million in crisp, new bills is stacked up on the table in front of me. Unfortunately, it’s Lebanese lira and cost me about $75 a week ago. It’s already worth only $65, and by the time you read this, it will be worth even less.

The Lebanese currency has lost more than 90 percent of its value over the past 18 months and is continuing its steady decline. It would be foolish to keep more than a few days’ spending money on hand, so everyone has a moneychanger. Mine is Mohammed, who pops round on his moped with ever-fatter stacks of notes with ever more zeros on them. The currency grows physically as it shrinks in value. He passes over a wad of cash and says, smiling: ‘Our leaders are stupid and corrupt.’

That’s true, but only part of the story of what has gone wrong. Mohammed is here because no one uses the banks to change money anymore. That would be crazy when the official exchange rate is still 1,500 lira to the dollar, one-tenth of the black-market rate of just over 15,000 to the dollar (at the time of writing). Mohammed used to be a chef, a job where he made things that people wanted, adding a small but tangible amount to the nation’s wealth. Now he’s one of thousands of people employed in the completely useless but absolutely indispensable business of ferrying stacks of printed paper back and forth by moped, to make up for the catastrophic failure of the banking system. It’s one small example of the inefficiencies that creep into an economy when you can’t trust the money anymore.