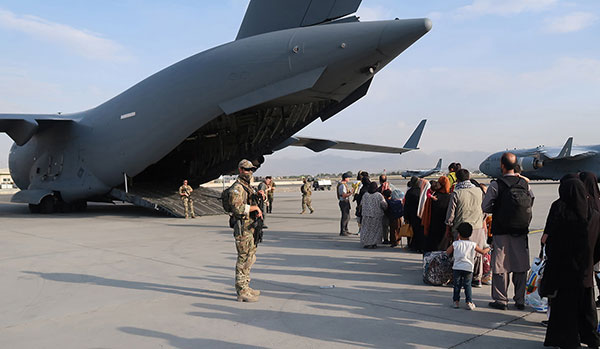 Afghai refugees prepare to board a transport aircraft for evacuation from Kabul.

A pair of Congressmen – one Democrat and one Republican – has managed to piss off the White House, Pentagon, State Department and the Democratic Congressional leadership after hitching a ride to Kabul for an “unannounced and unauthorized” visit.

Democrat Rep. Seth Moulton and Republican Rep. Peter Meijer said they chartered a plane to Kabul airport and stayed there for several hours on Tuesday as part of what they described as a “fact-finding” mission.

The lawmakers – both of whom served tours in Iraq before running for office – confirmed the visit in a joint statement on Tuesday, describing their trip as “secret” and saying they were there to conduct “oversight” on the efforts to evacuate Americans and allies.