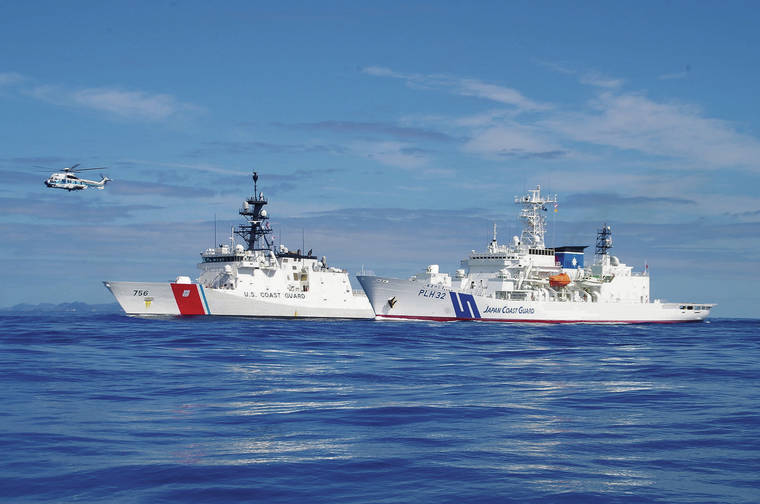 The U.S. Coast Guard cutter Kimball and Japan Coast Guard ship Akitsushima, two of the services’ newest and most capable vessels, conduct exercises near the Ogasawara Islands of Japan.

The Coast Guard’s five newest cutters in Honolulu — including two of the service’s most capable 418-foot vessels — continue to reach farther across the Pacific to combat illegal fishing and counter the growing influence of China.

Recent deployments of the national security cutter Kimball and the smaller fast-response cutter Joseph Gerczak are representative of growing national security responsibilities as greater Coast Guard integration with the Navy and Marine Corps is sought.

Honolulu has two of the big cutters the Coast Guard calls the “centerpiece ” of its fleet, as well as three 154-foot fast-response cutters.