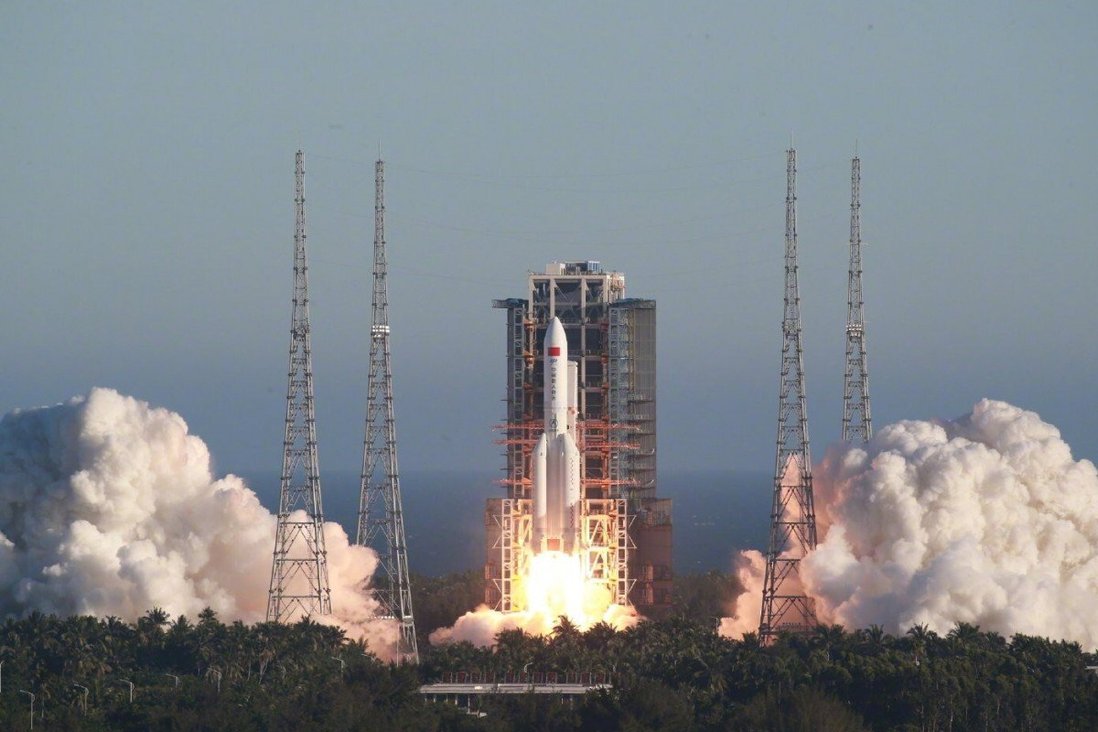 China’s Long March 5B rocket blasts off from the Wenchang Space Launch Centre on Hainan Island in May 2020. (Image: Weibo)

The space ambitions of Russia and China will likely stay front and center for the U.S. military during the administration of President Joe Biden, experts say.

During the presidency of Biden’s predecessor, Donald Trump, U.S. officials repeatedly stressed that Russia and China pose a substantial and growing threat to the United States’ long-held space dominance. In 2019, for example, then-Vice President Mike Pence said that the U.S. is in a space race with those two adversaries, “and the stakes are even higher” today than they were during the 1960s Cold War space race with the Soviet Union.

Biden has already pivoted away from a number of Trump policies. But the new president will probably keep a wary eye on Russia and China in the space domain, if the words of his defense secretary, Lloyd Austin, are any guide.

[ Editor’s Note: One would expect that the DoD would be watching China and Russia closely regardless of who is in the White House, though logic would dictate this is probably more important right now considering the rising tensions between the U.S. and these two adversaries. Under President Trump, Putin and Xi knew they had a strong American leader with which to contend. With Biden, they (and the rest of the world) see a feeble, weak leader who probably has trouble remembering what he had for breakfast. Once Joe is sent to pasture, it is hard to envision Harris being viewed much differently.

All of this is evident in the way the Chinese have treated the U.S. negotiation team in Alaska earlier this week. Unbelievable disrespect. ]
.