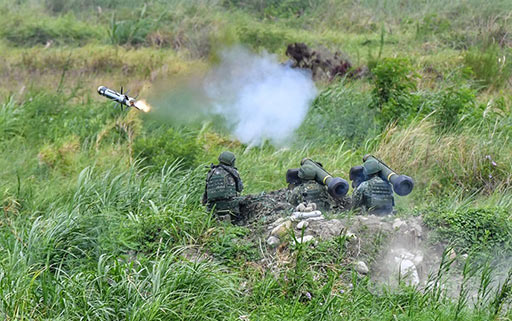 Soldiers launch a missile during the Han Guang exercises in Taichung in 2020. Photo: CNA

US Military Cites Rising Risk Of Chinese Move Against Taiwan

The American military is warning that China is probably accelerating its timetable for capturing control of Taiwan, the island democracy that has been the chief source of tension between Washington and Beijing for decades and is widely seen as the most likely trigger for a potentially catastrophic U.S.-China war.

The worry about Taiwan comes as China wields new strength from years of military buildup. It has become more aggressive with Taiwan and more assertive in sovereignty disputes in the South China Sea. Beijing also has become more confrontational with Washington; senior Chinese officials traded sharp and unusually public barbs with Secretary of State Antony Blinken in talks in Alaska last month.

A military move against Taiwan, however, would be a test of U.S. support for the island that Beijing views as a breakaway province. For the Biden administration, it could present the choice of abandoning a friendly, democratic entity or risking what could become an all-out war over a cause that is not on the radar of most Americans. The United States has long pledged to help Taiwan defend itself, but it has deliberately left unclear how far it would go in response to a Chinese attack.