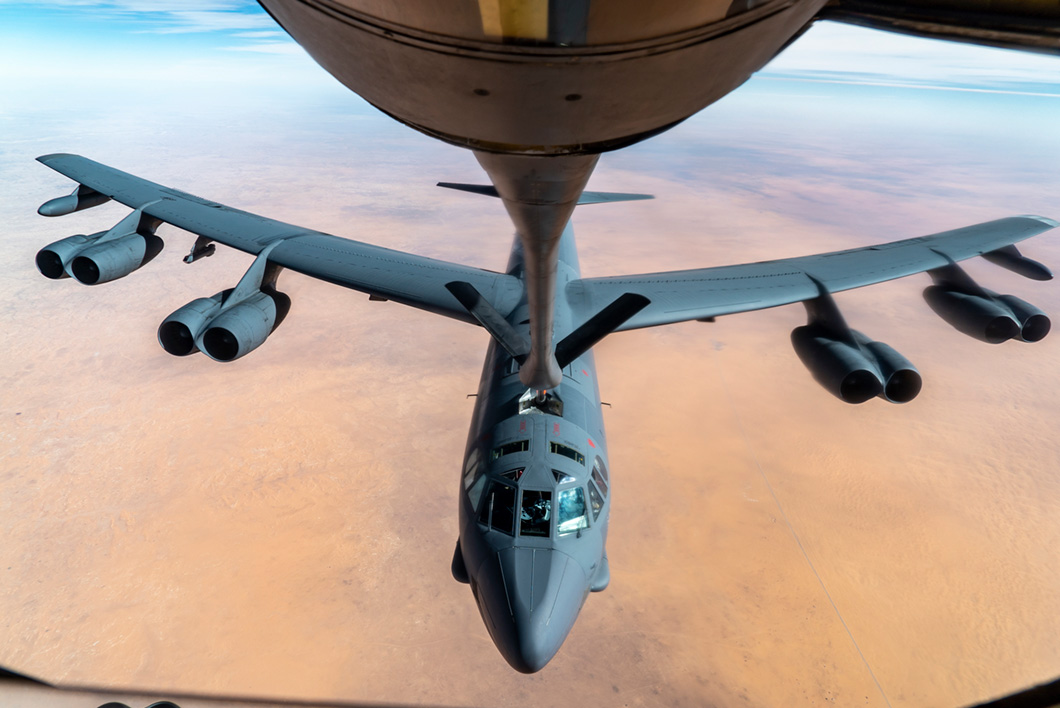 The United States military flew a pair of nuclear-capable B-52 long-distance bombers over the Middle East in a show of force as tensions in the region remain high between Washington and Tehran.

The bombers took off from the Royal Air Force base at Fairford in England and flew over the eastern Mediterranean, the Arabian Peninsula and the Red Sea on Sunday in training missions together with Kuwaiti and Saudi warplanes, before departing the region.

Lt Gen Alexus Grynkewich, the top US air force officer in the Middle East, said in a statement: ‘Threats to the US and our partners will not go unanswered.

Published in Europe, Middle East & Africa and Must Read