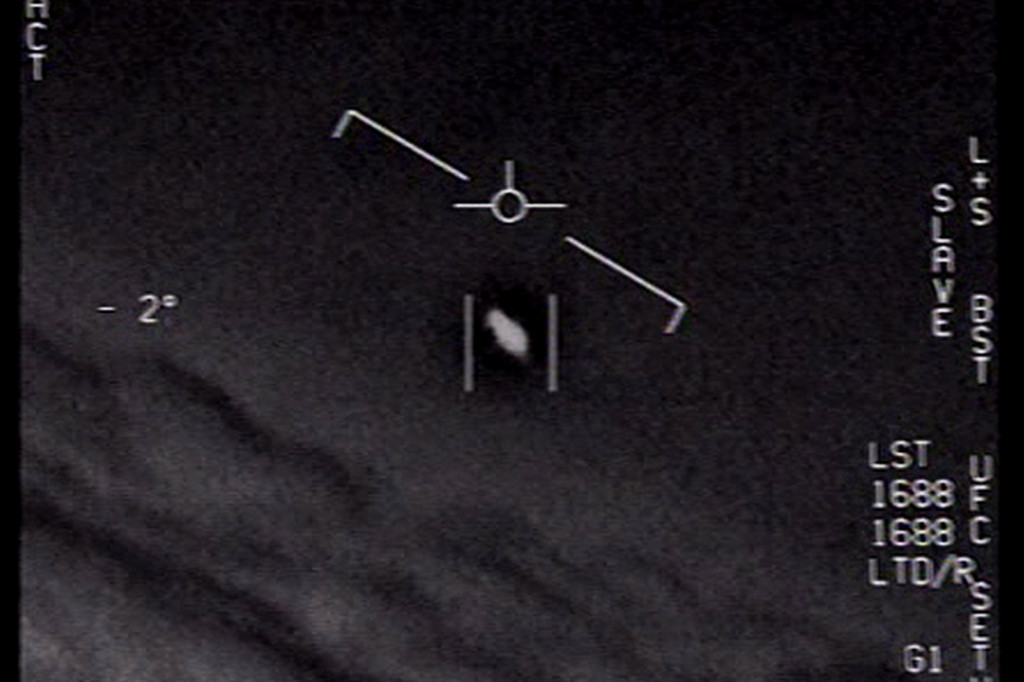 An image of an unidentified flying object taken by a Navy pilot that was declassified by the Department of Defense.

A forthcoming government report will reveal evidence of UFOs breaking the sound barrier without a sonic boom and other “difficult to explain” phenomena, the former Director of National Intelligence said.

“There are a lot more sightings than have been made public,” he told host Maria Bartiromo. “Some of those have been declassified.”

“And when we talk about sightings,” Ratcliffe continued, “we are talking about objects that have been seen by Navy or Air Force pilots, or have been picked up by satellite imagery that frankly engage in actions that are difficult to explain.”