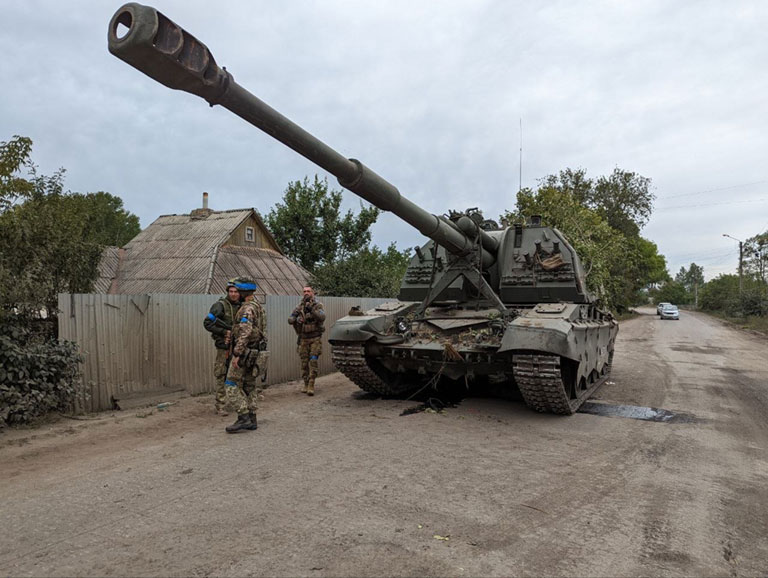 Ukraine: Russian Troops Pushed Back To The Border In Some Regions

Ukraine has chased Russian troops back across the border after recapturing dozens of towns and key cities in a stunning counter-attack that has dealt yet another humiliating defeat to Putin’s military.

Videos that emerged Sunday afternoon and Monday morning appeared to show Kyiv’s men at a border crossing with Russia in Strilecha – north of Kharkiv – ripping down Russia’s flag and replacing it with their own.

It comes after similar scenes played out across the entire Kharkiv region at the weekend, as Ukraine’s troops stormed east out of the city – smashing through Russian lines and liberating a swathe of territory twice the size of Greater London, including several key transport and logistics hubs supporting Putin’s men in the Donbas.