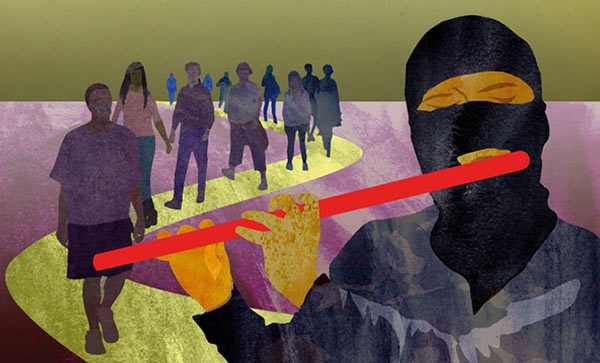 The fall of the Western-backed Afghan government could inspire radicalized youth in countries such as Britain to conduct terror attacks, sources in the security services have said.

Security experts said it is likely that Afghanistan will see a Taliban government “of some sort” within the next six months, which would provide a rallying cry for extremists based in the West as they look for new inspiration following the fall of Daesh.

Security analysts have raised concerns that the power vacuum created by the resurgent Taliban could lead to young extremists surging to Afghanistan or opting to conduct terror attacks at home.

[ Editor’s Note: Across the board, analysts, politicians, lobbyist’s, and senior military leadership are warning of the collapse of the Afghan government, the rise of the Taliban, and the potential return of the country to that of a breeding ground for jihadists.

Still, it is time to come home. Enough blood and national treasure has been spent. The forever wars must come to an end. ]