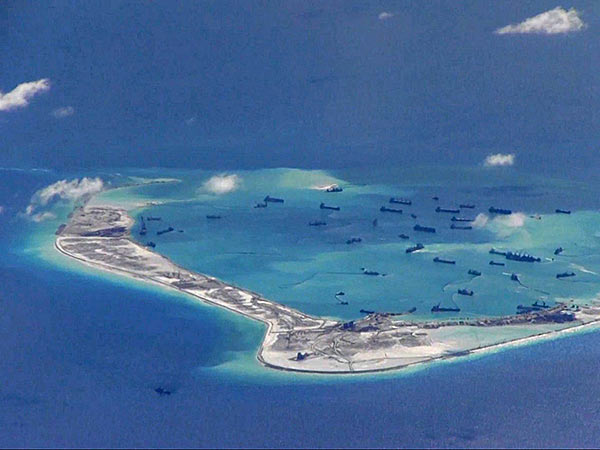 The United States Navy said it dispatched a destroyer to challenge “excessive maritime claims” in the South China Sea on Wednesday by sailing the warship near one of China’s fortified features in the Spratly Islands.

The Arleigh Burke-class guided-missile destroyer USS Benfold conducted what was its second freedom of navigation operation (FONOP) to be reported by the Navy this year, after a similar mission around the disputed Paracel Islands in July.

The FONOP took the American vessel within 12 nautical miles of Mischief Reef, the U.S. 7th Fleet said on its website. Citing the United Nations Convention on the Law of the Sea (UNCLOS), the statement noted that the reef—controlled by China but also claimed by the Philippines, Vietnam and Taiwan—is not entitled to a territorial sea as it is submerged at high tide.

[Editor’s Note: China claims nearly all of the disputed South China Sea as its own. This dubious claim covers an area of about 3.6 million square kilometers. In 2016, a tribunal at the Permanent Court of Arbitration dismissed Beijing’s claim to the waters as having no merit; however, China refused to accept or recognize the ruling.]