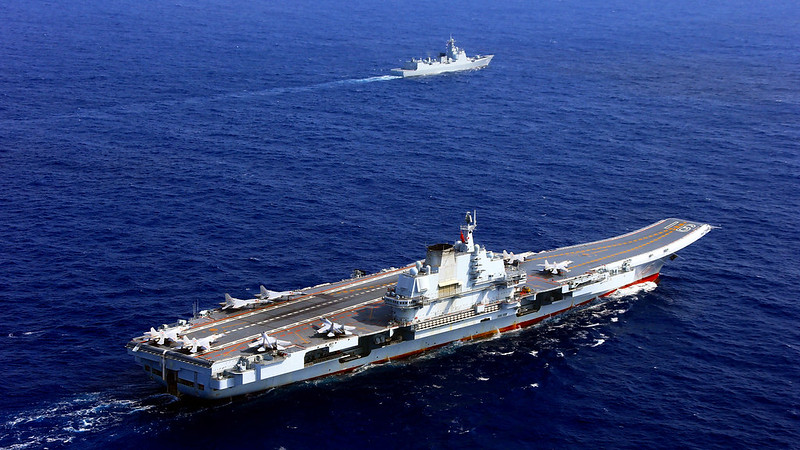 The Chinese aircraft carrier Liaoning steaming in the western Pacific.

The United States has warned China against what the Philippines and Taiwan see as increasingly aggressive moves, reminding Beijing of Washington’s obligations to its partners, as the two rival powers step up their naval activities in the South China Sea.

“An armed attack against the Philippines’ armed forces, public vessels or aircraft in the Pacific, including in the South China Sea, will trigger our obligations under the US-Philippines Mutual Defense Treaty,” State Department spokesman Ned Price told reporters on Wednesday.

“We share the concerns of our Philippine allies regarding the continued reported massing of PRC maritime militia near the Whitsun Reef,” Price said, referring to the People’s Republic of China.

[ China is testing the U.S.. Given how compromised Joe, Hunter and others in the administration are with China and their overall susceptibility to corrupt foreign influence, does anyone really think that if Taiwan were attacked that the U.S. would do more than fire off a diplomatic rocket or strongly worded public statement? We and our contacts inside the beltway, to include the Pentagon, believe it to be unlikely.

This is most unfortunate. I lived in Taiwan for several years and still have many great friend there. ]