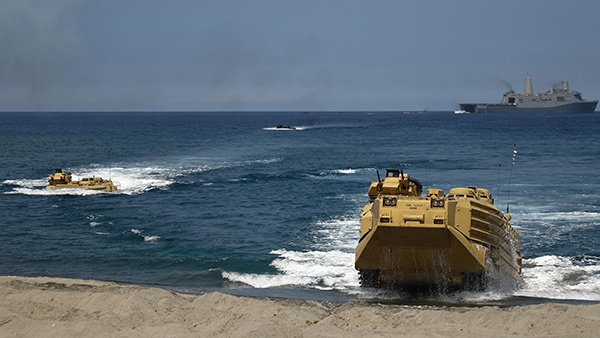 The US has warned China that it will defend the Philippines’ armed forces from attack in the South China Sea as part of a 70-year-old mutual defense treaty.

Antony Blinken, the US Secretary of State, made the comments late on Sunday ahead of the fifth anniversary of a legal ruling that rejected Beijing’s claims to the waters.

US President Biden’s administration said it backed a Trump-era policy that rejects China’s claims to offshore resources in most of the South China Sea.

“We also reaffirm that an armed attack on Philippine armed forces, public vessels, or aircraft in the South China Sea would invoke US mutual defense commitments under Article IV of the 1951 US-Philippines Mutual Defense Treaty,” the top diplomat added.

It is estimated that ~3-5 TRILLION in trade passes through the South China Sea annually.