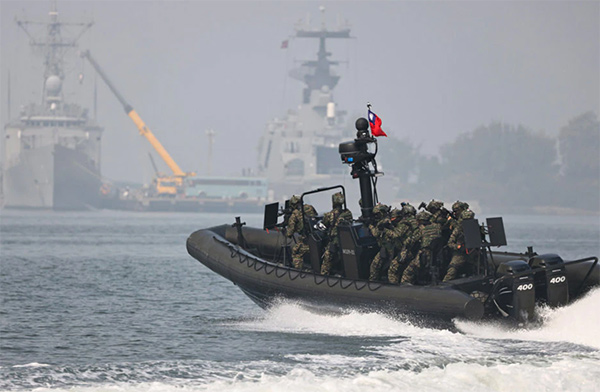 U.S. Troops Have Been Deployed in Taiwan for at Least a Year

A U.S. special-operations unit and a contingent of Marines have been secretly operating in Taiwan to train military forces there, U.S. officials said, part of efforts to shore up the island’s defenses as concern regarding potential Chinese aggression mounts.

About two dozen members of U.S. special-operations and support troops are conducting training for small units of Taiwan’s ground forces, the officials said. The U.S. Marines are working with local maritime forces on small-boat training. The American forces have been operating in Taiwan for at least a year, the officials said.

The U.S. special-operations deployment is a sign of concern within the Pentagon over Taiwan’s tactical capabilities in light of Beijing’s years long military buildup and recent threatening moves against the island.