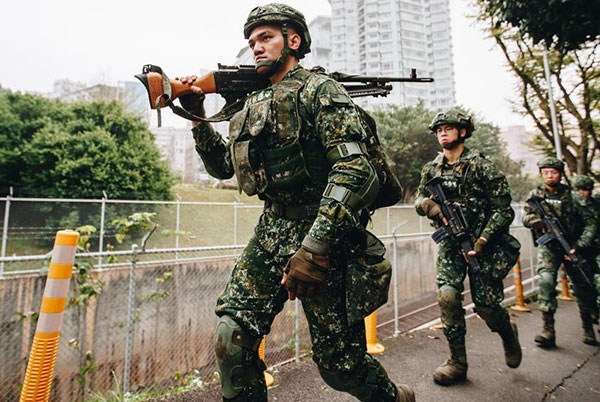 A platoon of Taiwan’s elite soldiers traveled to Guam to receive a month of combat training with the U.S. Marine Corps (USMC), according to a local newspaper report that was acknowledged by Taiwan’s top defense official.

The month-long program is happening under the Luhou—”Marine Roar”—program, established in 1958, while the U.S.-Taiwan mutual defense treaty was still in effect. It was revived in 2017 after having concluded with the end of official diplomatic relations between Washington and Taipei in 1979. The treaty was superseded by the Taiwan Relations Act (TRA), which doesn’t include a defense guarantee.