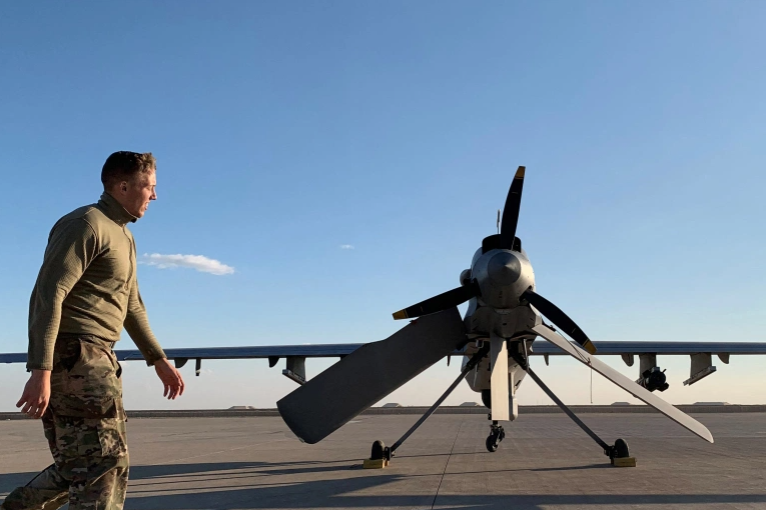 Ain al-Asad airbase houses US and other foreign troops in the western Iraqi province of Anbar.

U.S.-Iran Violence Poised to Escalate After New Strikes on American Bases in Iraq

The U.S. and Iran were poised for a dangerous escalation in violence early Wednesday following a new rocket strike on a U.S. military base in Iraq – at least the fourth attack on U.S. facilities in the region in three days.

American officials did not immediately offer attribution for the rocket attack against Al-Asad Air Base in western Iraq in the early morning hours on Wednesday. The U.S. headquarters overseeing military operations against the Islamic State group said 14 rockets landed on the base housing U.S. and allied troops and its perimeter, causing two minor injuries and damage to facilities there.

Iranian state media said a pro-Iran militia known as Thar Al-Muhandis Brigade claimed credit for the strike. The newly formed unit, like many other similar groups created in recent months, is widely seen as a cover for the powerful Iran-backed militia Kataib Hezbollah that held a key role in the ground war against the Islamic State group.