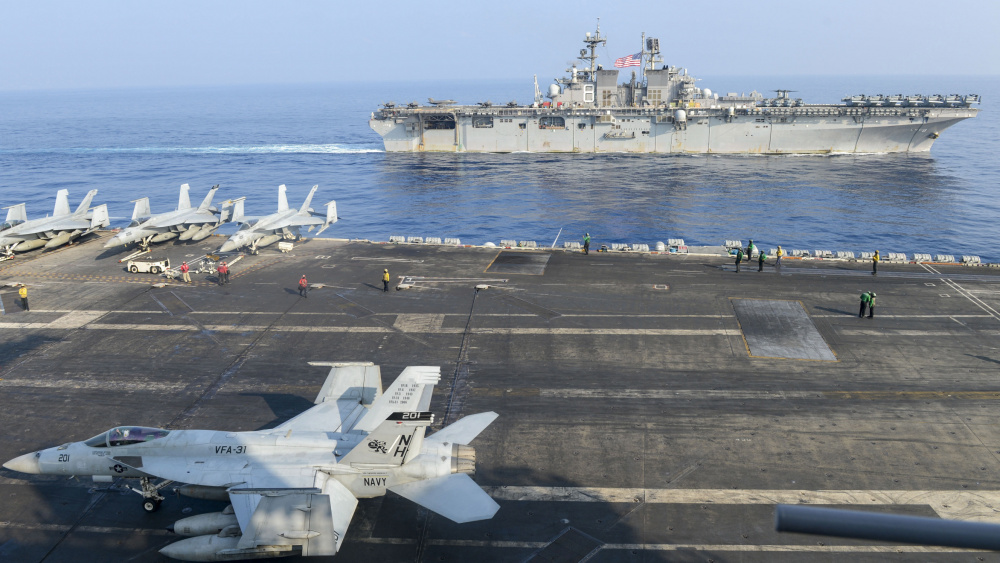 Tensions between China and its regional neighbors in the South China and Philippine Seas increased markedly this week. Naval exercises by both the United States and China have massed an unusual number of warships in the South China Sea at a time of renewed diplomatic friction as concerns over China’s territorial ambitions grow.

The uptick began late last week. The War Zone reported that China’s Liaoning Carrier Strike Group (CSG) maneuvered through the strategic Miyako Strait on Sunday, just southwest of Okinawa. Since then, a separate point of tension between China and the Philippines over a mass of fishing vessels identified as part of China’s People’s Armed Forces Maritime Militia (PAFMM) led to a series of heated diplomatic exchanges between Manila and Beijing.