The original NATO alliance served three main functions. First and foremost was defense. The Soviet Union had moved swiftly westward during World War II, swallowing independent nations and entrenching itself as a major European power. NATO did not reverse this trend but rather managed it by setting up a perimeter beyond which the Soviet Union could not go. Second, NATO resolved the endemic problem of Western European security and, in particular, the problem of alternating French, German, and British antagonism. Transforming France, Germany, and the United Kingdom from periodic enemies into steadfast allies was a recipe for lasting peace. Finally, NATO guaranteed U.S. engagement in European security, precisely what World War I and its confusing aftermath had failed to do.

The unanticipated perils of expanding NATO have been compounded by the open-door policy, which renders the alliance’s eastern flank incomprehensible. NATO’s declaration in 2008 that Ukraine and Georgia will someday become members was at best aspirational and at worst insincere. Yet the potential for the eastward movement of NATO’s border is very real, as recent talks about the potential accession of Finland and Sweden have underscored. Moreover, the Ukrainian government’s drive to enter NATO has embroiled the alliance in the region’s most explosive ethnonationalist conflict, even if advocates of NATO autonomy see Ukrainian membership as purely a matter of respecting the alliance’s charter, which enshrines the open-door policy, or of Kyiv’s God-given right to choose its allies. A defensive alliance is unequipped to handle a conflict between a nonmember seeking membership and a nuclear power hell-bent on denying that membership. That is a conflict NATO can only lose and one that might even threaten the existence of the alliance if a member state such as Poland or Lithuania were pulled into the ongoing war between Russia and Ukraine.

[ Editor’s Note: This author is spot on in his assessment. NATO and the U.S. are poking at a nuclear-armed bear. Russia is 100% in the right being concerned about having NATO on it’s border. It is wildly provocative and a major strategic threat.

The last time this threat emerged was in 2014 with the Maidan Revolution. Backed by western intelligence services, the result of the protests was the ousting of elected president Viktor Yanukovych, and the overthrow of the (Russian-leaning) Ukrainian government.

This immediately put Russia’s access to naval facilities at Sevestapol (where the Black Sea fleet has been based since the time of Catherine the Great) at risk. Russia had been leasing the base from Ukraine in exchange for steep discounts on natural gas.

In February and March 2014, Russia invaded and subsequently annexed the Crimean Peninsula from Ukraine.

Anyone who thinks Russia is going to sit around this time while NATO stirs the pot is severely mistaken. 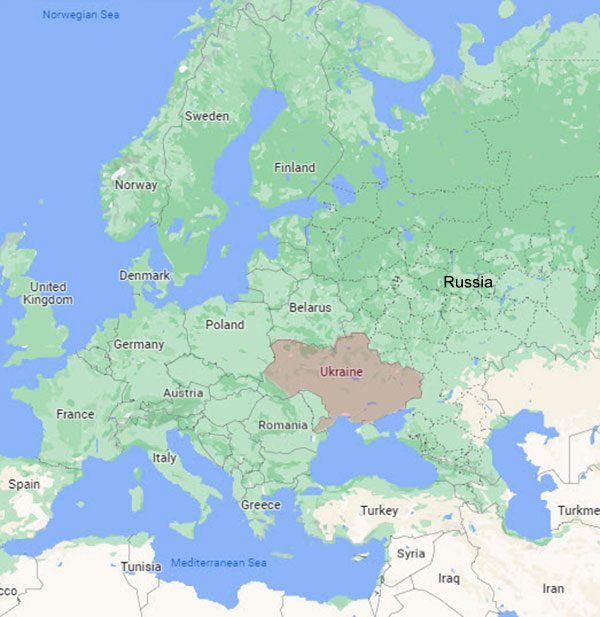 Never forget that with the exception of Murmansk in the far north, the Black Sea is Russia’s SINGULAR access point to the world’s oceans (in the western side of the nation) that does not freeze over during the winter. The only other warm water ports in the country are 11 time zones away in the far east. Most of the population of Russia lives in the western side of the country.

Yes, NATO pressing on Russia’s western border is highly provocative and may very well result in a terrible conflict. And Russia will, quite literally, be fighting for it’s strategic survival.

Study the map above. The geography of the region will soon be heavily in the news.

Just ignore the natural gas pipeline map of Ukraine below. Surely this can’t be part of the overall calculus for turmoil in the region… ] 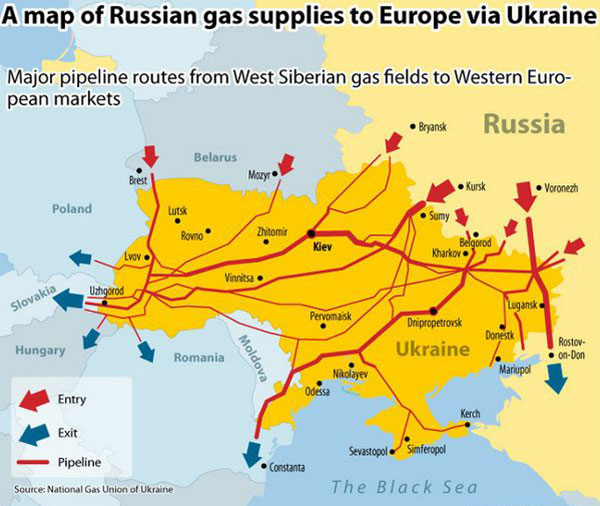