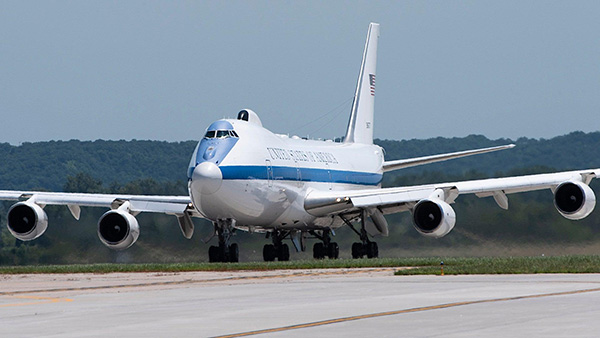 A U.S. Air Force E-4B National Airborne Operations Center aircraft takes off from Offutt Air Force Base, Nebraska, July 10, 2019. The E-4B provides travel support for the Secretary of Defense and their staff to ensure command and control connectivity outside of the continental United States. (U.S. Air Force photo by Staff Sgt. Jacob Skovo)

This Is What a Nuclear War Between the U.S. and Russia Could Look Like

Russia’s invasion of Ukraine is already one of the most destructive and lethal wars in recent memory, from the shelling of cities to the use of thermobaric“vacuum weapons.” That’s led experts and civilians, alike, to wonder what—if NATO and the U.S. become directly involved in the conflict—a nuclear war between Washington and Moscow might look like.

The counterforce scenario examines what might happen if Russia attacked America’s nuclear arsenal with its own in an attempt to neutralize America’s nuclear-capable bombers, submarines, and land-based missiles. The second, more devastating countervalue scenario involves an all-out use of nukes to destroy the United States’ ability to wage war, with the side effect of reducing American society to a pre-industrial level of development.