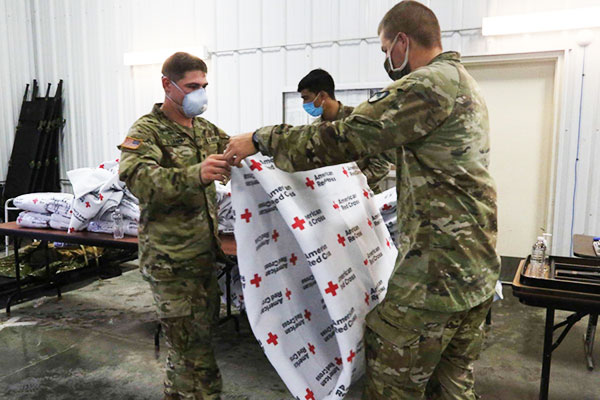 ‘They Can Leave At Any Time’: Congressman expresses concern over unvetted Afghans at U.S. Army base

There are 2,000 Afghans at Ft. McCoy in Wisconsin, and not a single one of them is a Special Immigrant Visa holder, according to a congressman who toured the base Friday and said he was dismayed by what he heard.

Rep. Tom Tiffany also said the Afghans are free to walk away from the base at any time — and some already have done so, embedding in American communities. The personnel at the base can try to “discourage” them, but if they want to leave, they have already been paroled into the county and there is no way to block them, the Republican congressman told The Washington Times.

“Those people, all 2,000 of them that are at Ft. McCoy, they can leave any time,” Mr. Tiffany said. So far, “only a couple” have done so, personnel at the base told him.