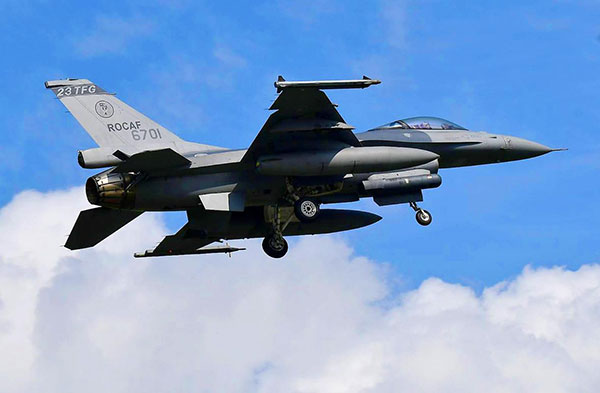 The U.S. Risks Catastrophe if It Doesn’t Clarify Its Taiwan Strategy

At a recent CNN town hall, President Biden strongly and directly promised to defend Taiwan from a Chinese invasion, saying bluntly “Yes, we have a commitment to do that,” when asked about the situation. But the U.S. very specifically does not have such a commitment. In fact, for decades our policy has been one of so-called “strategic ambiguity,” i.e. choosing not to be definitive as to how the U.S. would respond to an invasion from the mainland of what Beijing regards as its renegade province. Recently, the presence of U.S. troops on the islands became public, provoking angry protests from China.

Some wags have called the President’s comments and the clean-op a shift from “strategic ambiguity” to “strategic confusion.” Jokes aside, there is an urgent need for a coherent national policy not just on the Taiwan issue, but on the larger question of U.S.-China policy. The danger of a miscalculation is growing, and both the U.S. and China are becoming increasingly aggressive in their policies toward the island. Dr. Kurt Campbell, the highly regarded Senior Director on the National Security Council staff with responsibility for U.S. Asian policy, is working on such a broad policy document, which has been rumored for release over the past several months. At the recent Nikkei Virtual Global Forum, Dr. Campbell said that the Biden administration was “committed” to avoiding conflict with China. The question in regard to Taiwan is how to do so.

The author of this piece is Admiral James Stavridis, a retired four-star U.S. naval officer. He is currently Vice Chair, Global Affairs and Managing Director of The Carlyle Group, a global investment firm. He is also Chair of Rockefeller Foundation board. Previously he served for five years as the Dean of The Fletcher School of Law and Diplomacy at Tufts University. He led the NATO Alliance in global operations from 2009 to 2013 as Supreme Allied Commander with responsibility for Afghanistan, Libya, the Balkans, Syria, counter piracy, and cyber security. He also served as Commander of U.S. Southern Command, with responsibility for all military operations in Latin America from 2006-2009. He earned more than 50 medals, including 28 from foreign nations in his 37-year military career.