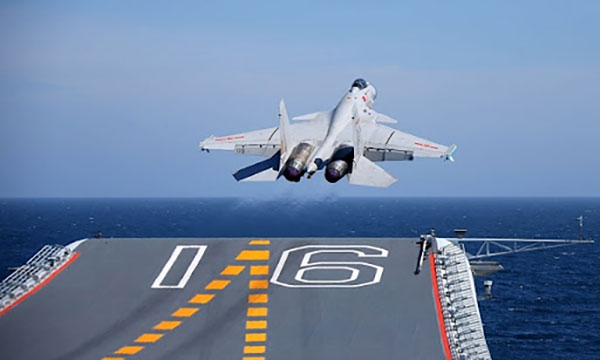 The U.S. Must Avoid War With China Over Taiwan At All Costs – Lt Col Daniel L Davis (ret)

Since last Friday, the People’s Republic of China has launched a total of 155 warplanes – the most ever over four consecutive days – into Taiwan’s Air Defense Identification Zone; Ned Price said the state department was “very concerned”. There have been more than 500 such flights through nine months this year, as opposed to 300 all of last year.

Before war comes to the Indo-Pacific and Washington faces pressure to fight a potentially existential war, American policymakers must face the cold, hard reality that fighting China over Taiwan risks an almost-certain military defeat – and gambles we won’t stumble into a nuclear war.

Bluntly put, America should refuse to be drawn into a no-win war with Beijing. It needs to be said up front: there would be no palatable choice for Washington if China finally makes good on its decades-long threat to take Taiwan by force. Either choose a bad, bitter-tasting outcome or a self-destructive one in which our existence is put at risk.

[ Editor’s Note: I lived in Taiwan for several years. Fantastic people, industrious society, and a good friend of the U.S.. The author’s words in this piece sound very close to those of the current military leadership who not only abandoned American citizens in Afghanistan, but also those locals who worked with coalition forces.

Great points are made on possible outcomes, but in the end, you don’t abandon friends. Period.

To my ears, these are the words bordering on that of a coward.]