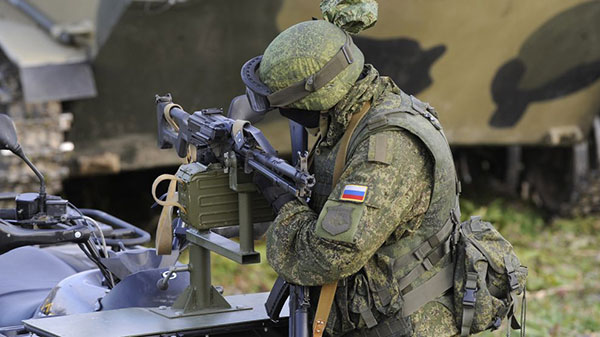 Domestic propagandists and state TV pundits are promoting the idea of an inevitable confrontation with the West as Russia’s military posture grows increasingly hostile, causing major concern for its nearest neighbors and NATO. Ukraine remains the crown jewel for the Kremlin and the Russian public is being primed for the intended absorption of more territories under the umbrella of the Russian Federation, while NATO is being accused of fomenting the potential escalation.

“World War III is knocking at our door,” warned one top propagandist.

Whether or not the Kremlin is planning to speed up its creeping assault against Ukraine’s Donbas region in the near future is a mystery even to the most knowledgeable experts with close access to Russian President Vladimir Putin. Nonetheless, they eagerly fulfill the Russian leader’s express intent to keep NATO—and the West in general—in a state of hypervigilance.