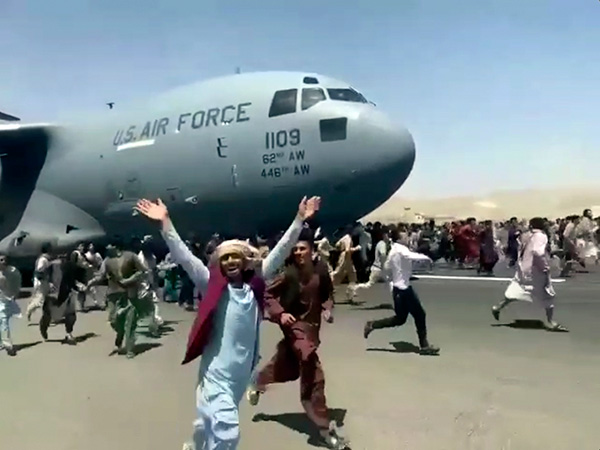 Hundreds of people run alongside a U.S. Air Force C-17 transport plane as it moves down a runway of the international airport, in Kabul, Afghanistan, Monday, Aug.16. 2021.

The Men Are Fleeing Afghanistan. Where Are All The Women?

The horrific images coming out of Kabul’s airport – thousands of Afghan men clinging to planes, some falling to their death – tell the story of the desperation among those living in Afghanistan just hours after a Taliban government takeover.

It’s men, and boys, climbing up jetways, trying to board planes. It’s men, running alongside a rolling U.S. military plane as it tries to take off.

Look at the overwrought crowds on the tarmac at Hamid Karzai International Airport, seeking a way out of the collapsing country.