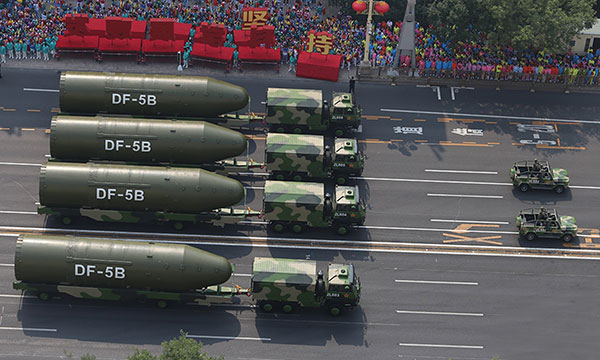 In late June 2021, The New York Times broke a very important story about Chinese construction of large numbers of ICBM silos for its new large DF-41 ICBM stating, “Researchers in the United States have identified the construction of 119 new intercontinental ballistic missile silos in a desert in northwestern China …” The analysis was conducted by Mr. Jeffery Lewis of the James Martin Center for Nonproliferation Studies at the Middlebury Institute of International Studies. According to Mr. Lewis, “If the silos under construction at other sites across China are added to the count, the total comes to about 145 silos under construction.” The U.S. Department of State voiced concern about China’s actions.

The Chinese DF-41 ICBM is not a small Minuteman-class missile but rather a large Peacekeeper-class missile and is generally reported as capable of carrying ten warheads. Peter Huessy of the Mitchell Institute has pointed out, “Just this deployment alone will provide China over one thousand new on-alert warheads—1,450—almost double the day-to-day U.S.A. on-alert force and by itself a nuclear force roughly equal to the entire current U.S. nuclear-deployed force of 1,490 sea- and land-based missile warheads.”