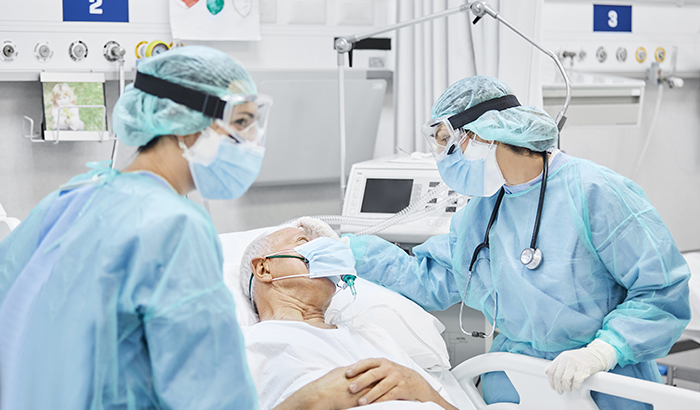 The number of people hospitalized with a confirmed case of COVID-19 in the United States has been plummeting since early January. Until about three weeks ago, hospitalizations in Michigan were following the same pattern: More people with COVID-19 were leaving the hospital than were being admitted. But in the past few weeks, data from the CDC and the Department of Health and Human Services have shown that hospitalizations have risen by 45 percent from the state’s recent low on February 25. According to federal data, among U.S. metropolitan areas with more than 1 million people, the Detroit area now ranks fourth in hospital admissions—and first in a metric that combines increases in test positivity and cases.

Throughout the fall and winter, we saw a clear pattern—cases would rise, then hospitalizations about a week later, and finally, two weeks after that, deaths would follow. Nursing homes and other long-term-care facilities reported particularly heavy death tolls. If Michigan were to continue that pattern, we would expect hospitalizations to keep rising, and then more deaths.

But as a spring surge takes hold in Michigan, two new factors—variants of concern and rising vaccination levels—mean that we don’t yet know how this new rise in cases and hospitalizations will play out.