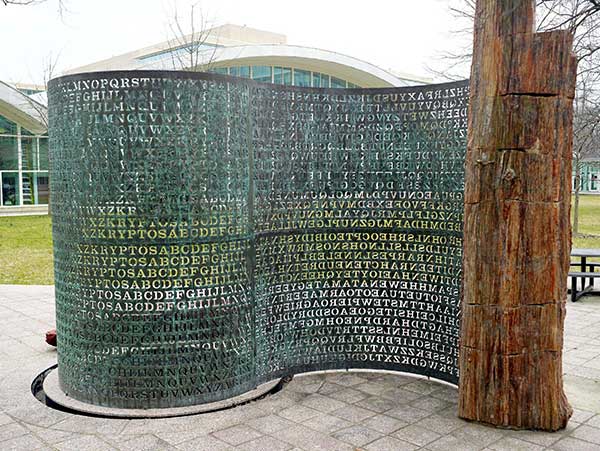 Kryptos is a sculpture by the American artist Jim Sanborn located on the grounds of the Central Intelligence Agency (CIA) in Langley, Virginia. Since its dedication on November 3, 1990, there has been much speculation about the meaning of the four encrypted messages it bears. Of these four messages, the first three have been solved, while the fourth message remains one of the most famous unsolved codes in the world.

The CIA Is Deep Into Cryptocurrency, Director Reveals

There’s a long-running conspiracy theory among a small number of cryptocurrency enthusiasts that Bitcoin’s anonymous inventor, Satoshi Nakamoto, was actually the CIA or another three-lettered agency. That fringe theory is having a fresh day in the sun after CIA Director William Burns said on Monday that the intelligence agency has “a number of different projects focused on cryptocurrency” on the go.

Burns made his comments at the tail end of a talk at the Wall Street Journal’s CEO Summit. After discussing everything from the possible Russian invasion of Ukraine to the challenges of space, someone in the audience asked if the agency is on top of cryptocurrencies, which are currently at the center of the ransomware epidemic that U.S. officials are attempting to get a handle on and stamp out. Here’s what Burns said: