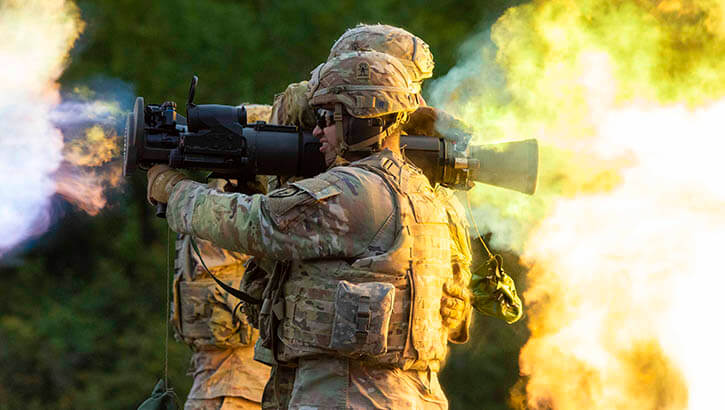 The M3E1 Multi-purpose Anti-armor Anti-personnel Weapon System (MAAWS) is an 84 mm reloadable, recoilless rifle designed to engage lightly armored targets at ranges out to 500 meters and soft targets out to 800 meters.

The Case For Universal Military Or Civilian Service In America

The idea of mandatory national service is not new or radical. Various countries around the world have one, and the idea has been batted around in America for decades. To be clear, I am not speaking about a military draft, but rather, a period of peacetime military or civil service for all Americans once they turn 18.

Brookings Institution political theorist and public policy scholar, William Galston, made a good case for mandatory service in a 2012 article Citizenship and Civic Attachment: The Case for a Universal Service Lottery.

Galston prefaced his suggested mandatory service program by explaining that “citizenship is increasingly understood as individual liberty without reciprocal responsibility” in America. He coined the term “spectatorial citizenship,” in which the American all-volunteer military force has contributed to a feeling amongst the populace that “good citizens need not be active, but can watch others doing the public’s work on their behalf.”