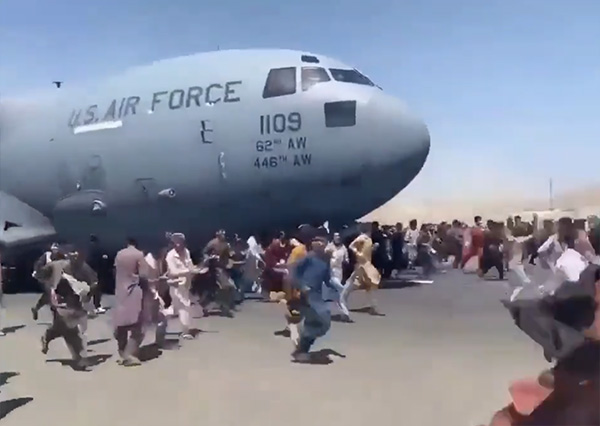 Tens of Thousands of Americans Are Stranded In Afghanistan

The US evacuated only 165 Americans from Afghanistan overnight and has removed just 1,400 people from Kabul since the Taliban claimed the city on Sunday in a shambolically slow rescue mission that defense experts say is creating a dangerous race to get everyone else out before it’s too late.

At a briefing on Tuesday morning, US Army Major General Hank Taylor revealed 700 people were flown out of the region overnight on seven C-17 jets. The number included 165 US citizens and the rest were for foreign nationals.

He claimed between 5,000 and 9,000 people will be removed every day on one flight per hour but there was no sign of any US plane at the airport on Tuesday while Indian, French and British jets were taking off.