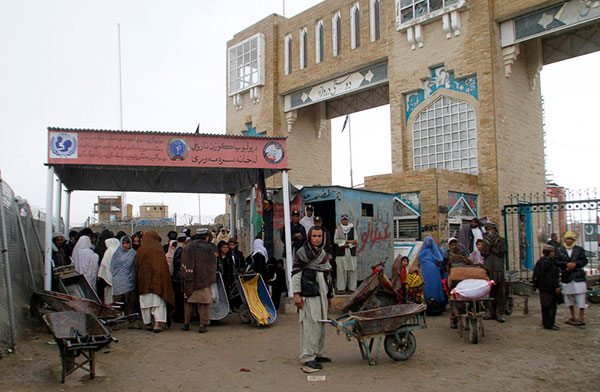 Pedestrians and workers gather on Afghanistan side of the Spin Boldak border crossing with Pakistan.

The Taliban continued with their onslaught against the Afghanistan government Wednesday, as a spokesperson of the group said they had captured the important Spin Boldak border crossing with Pakistan.

“With this, the important road between (Spin) Boldak and Chaman and Kandahar customs have come under Mujahideen control.”

A Pakistan security forces confirmed the Taliban had taken control of the crossing. The Afghan defence ministry said it was checking developments.