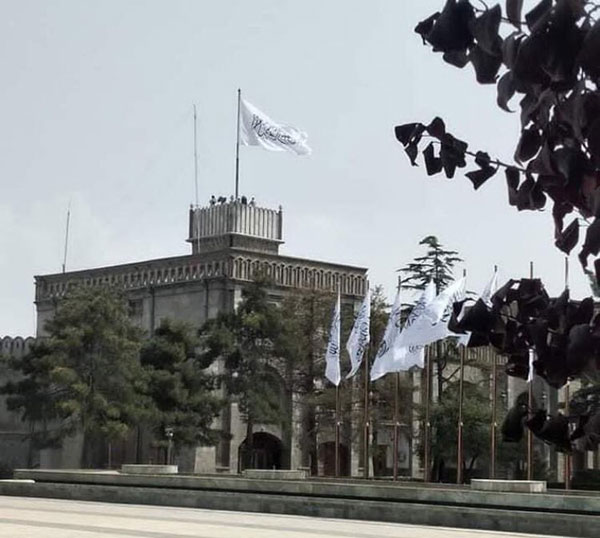 The Taliban raised their flag over the Afghan presidential palace Saturday, a spokesman said, as the U.S. and the world marked the 20th anniversary of the Sept. 11 attacks.

The white banner, emblazoned with a Quranic verse, was hoisted by Mullah Mohammad Hassan Akhund, the prime minister of the Taliban interim government, in a low-key ceremony, said Ahmadullah Muttaqi, multimedia branch chief of the Taliban’s cultural commission.

The flag-raising marked the official start of the work of the new government, he said. The composition of the all-male, all-Taliban government was announced earlier this week and was met with disappointment by the international community which had hoped the Taliban would make good on an earlier promise of an inclusive lineup.