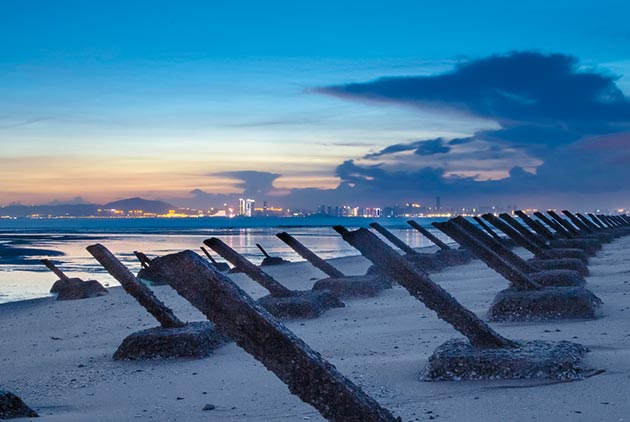 T-DAY: The Battle for Taiwan

China has a range of tactics it might adopt for a move on Taiwan. They all carry risk for President Xi Jinping and his ruling Communist Party. They also pose different challenges for Taiwan and for the United States and its allies, principally Japan. Xi’s options include seizing Taiwan’s outlying islands, blockades or all-out invasion. Some Taiwanese military experts say Beijing’s next step might be to seize the lightly defended and remote Pratas Islands in the north of the South China Sea. Any of these moves could spin out of control into war between China and America over Taiwan.

This report examines some of the conflict scenarios. It is based on interviews with close to a dozen military strategists and 15 current and former military officers from Taiwan, the United States, Australia and Japan. Some serving officers spoke to Reuters on condition of anonymity. The report also draws on articles in U.S., Chinese and Taiwanese military and professional journals and official publications. In places, we have provided links to published articles and documents that shed light on Chinese, Taiwanese and U.S. thinking.

These scenarios are, by their very nature, speculative. They are not predictions by Reuters of events to come. There is no certainty that real conflict would follow any of these trajectories. And hostilities may not erupt at all. But with tensions high, accident or miscalculation could become a catalyst for clashes at any time.