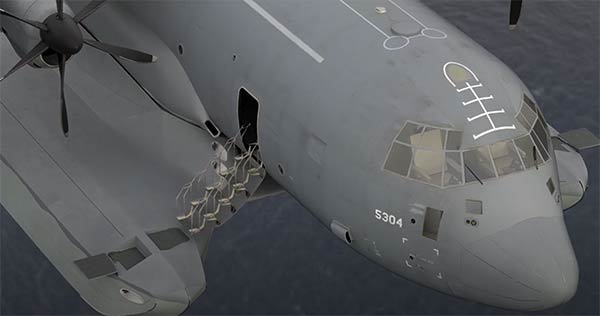 A rendering of a twin float amphibious modification to an MC-130J Commando II is shown here. Air Force Special Operations Command and private sector counterparts are currently developing a Removable Amphibious Float Modification (RAFM) for the MC-130J, allowing aircraft to take off and land in bodies of water and conduct runway independent operations. (Courtesy photo)

Like a giant Kraken, awaking from a lengthy slumber, America’s global military might is slowly turning toward its main enemy, China.

While the latest evidence of that is the newly revealed “Three Eyes” AUKUS pact, which will provide nuclear-powered submarines and technology to Australia, the renewed focus on Asia is affecting just about every arm of the US military.

The UK also announced it will station two patrol vessels in the Indo-Pacific region for “at least the next five years” as part of the allied effort to check China’s naval expansion.

Now it has been revealed that US Special Forces are seeking a transport plane that can land and take off on water — ostensibly, to be used against China.