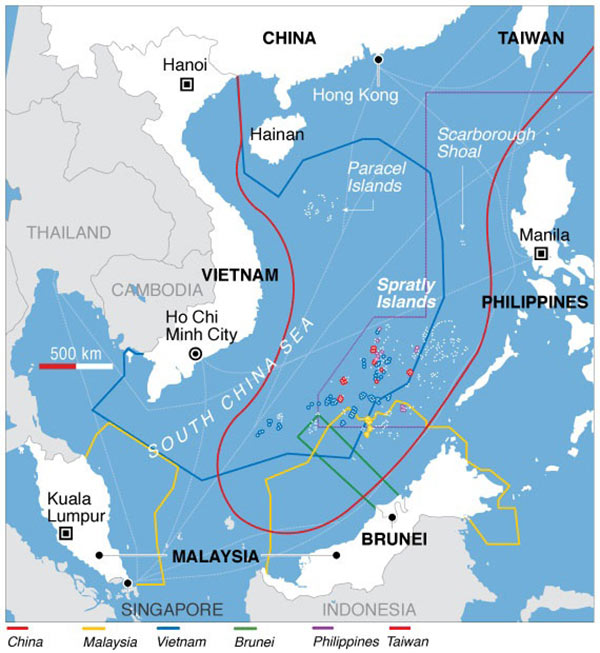 Seeds of War in the South China Sea

War between China and the US is not inevitable. But it is becoming increasingly likely, and the South China Sea bears its seeds.

The “threat” of China now drives US foreign policy. The US is applying “whole of government” pressure on China – instituting sanctions because of what it considers unfair economic practices, theft of intellectual property, cyber hacking, its harsh treatment of minorities in Xinjiang, its political crackdown in Hong Kong and its bullying in the South China Sea.

The US is also cobbling together political and military coalitions of like-minded democracies to contain and constrain China and, most dangerously, stepping up diplomatic and military relations with Taiwan. China is responding in kind. This clash of world visions, driven by dueling ideologies, is now being backed by their respective militaries. Something has to give.