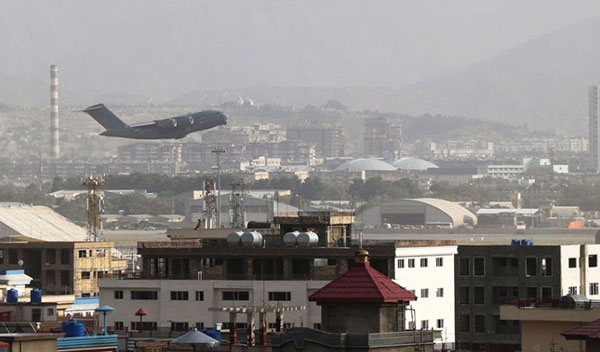 SecSate: 300 Americans Are Still Waiting To Be Evacuated From Afghanistan

Antony Blinken revealed Sunday that there are still 300 American citizens waiting for evacuation out of Afghanistan as the August 31 deadline for a full troop withdrawal nears.

‘We have about 300 American citizens left who have indicated to us that they want to leave,’ the secretary of State told ABC’s This Week host Martha Raddatz. ‘We are very actively working to help them get to the airport, get on a plane, and get out of Afghanistan.’

The Pentagon announced that it already started withdrawing troops from Afghanistan after 13 U.S. service members were killed in a suicide bombing outside the Kabul airport on Thursday.

Nearly 115,000 people have already been evacuated from Afghanistan, including Americans and Afghan allies. And since the end of July, 120,000 people have been relocated, the White House announced on Sunday.

[Editor’s Note: A variety of NON-GOVERNMENT sources say significantly more Americans are stranded. It is becoming apparent that almost nothing coming from the Administration can be trusted. What the Taliban has planned will be ugly. ]