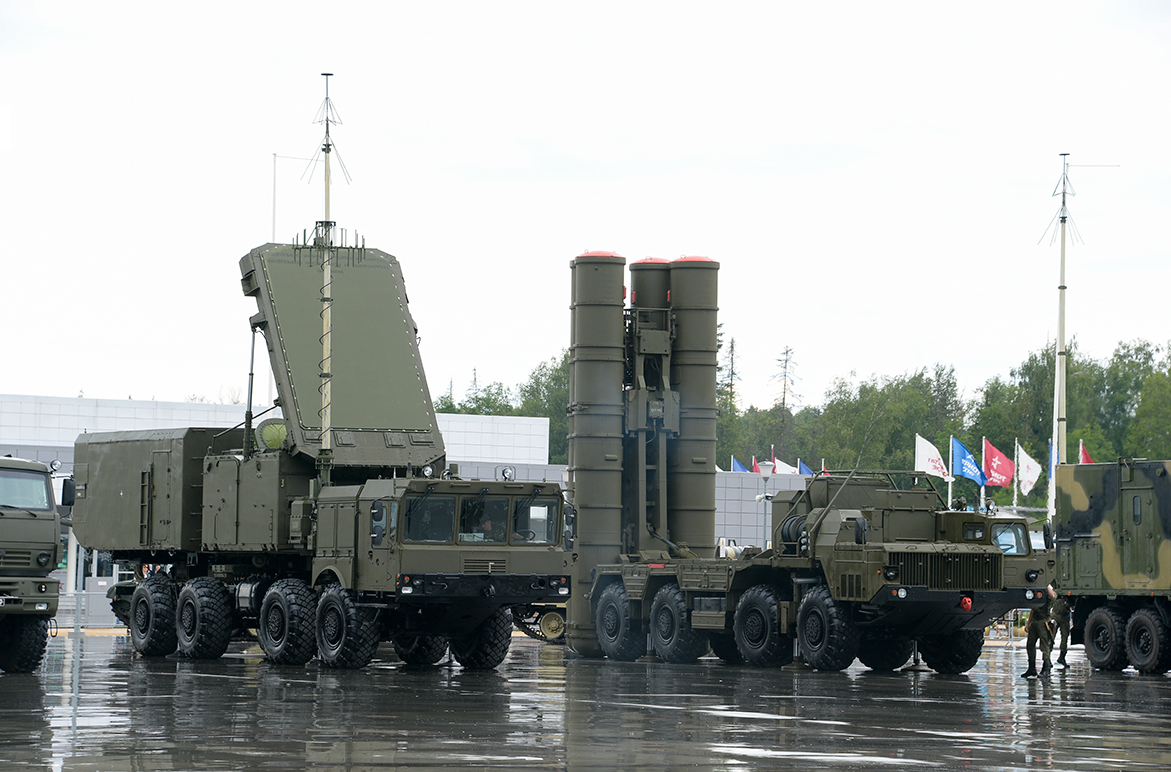 The S-400 Triumf (NATO reporting name: SA-21 Growler), is a mobile surface-to-air missile/anti-ballistic missile system in service with the Russian Armed Forces since 2007. In 2017, the S-400 was described by The Economist as "one of the best air-defense systems currently made." (Image: Russian Ministry of Defense)

Defense Secretary Lloyd Austin hinted during a visit to New Delhi on Saturday that India’s planned purchase of an advanced Russian missile system could trigger U.S. sanctions, but left room for New Delhi to back away from the deal.

“We certainly urge all our allies and partners to move away from Russian equipment … and really avoid any kind of acquisitions that would trigger sanctions on our behalf,” Austin said in response to a question from a reporter about India’s plan to acquire the S-400.

U.S. officials have said the S-400 cannot co-exist with U.S. equipment, as it can be used to collect intelligence on U.S. systems. They are particularly concerned about Russia using the S-400 to learn about the F-35 fighter jet’s advanced capabilities.