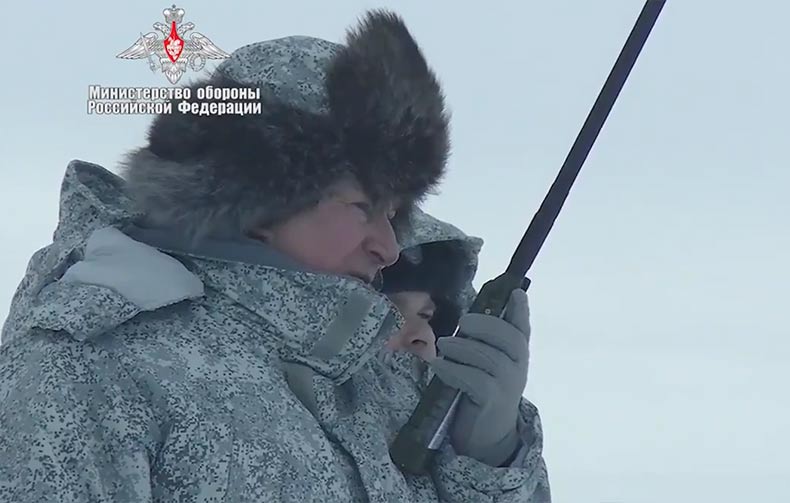 During an exercise in the Arctic on March 26, 2021, three Russian nuclear submarines performed a simultaneous ascent from under the ice at a distance of up to 300 m from each other. Shown in the image is the Commander-in-Chief of the Russian Navy reporting to Putin. (Image: Ministry of Defence of the Russian Federation )

Satellite images appearing to show Russia beefing up its military presence in the Arctic have emerged just days after three of Moscow’s nuclear ballistic missile submarines smashed through the polar region in a show of strength.

The images show the Russian military has been rebuilding and expanding numerous facilities across the Arctic in recent years.

From revamping runways to deploying additional surveillance and air defence assets, the satellite images reveal a continuous effort to expand Moscow’s capabilities in the polar region.