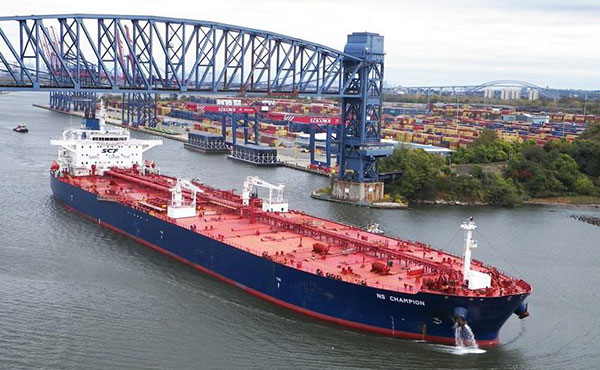 NS Champion is a 244-metre Liberian-flagged ship belonging to state-owned Sovcomflot, Russia’s largest shipping company, and one of the global leaders in the transporting oil and gas around the world.

Russian tankers carrying oil chemicals and oil products are increasingly concealing their movements, a phenomenon that some maritime experts warn could signal attempts to evade unprecedented sanctions prompted by the invasion of Ukraine.

In the week ended March 25, there were at least 33 occurrences of so-called “dark activity” — operating while onboard systems to transmit their locations are turned off — by Russian tankers, said Windward Ltd., an Israeli consultancy that specializes in maritime risk using artificial intelligence and satellite imagery.

That’s more than double the weekly average of 14 in the past year.

The dark operations occurred mainly in or around Russia’s exclusive economic zone, according to Windward, which conducted the research at Bloomberg’s request.

The ships engaging in dark activity include vessels connected to big corporations and multinational shipping firms, as well as small businesses, according to Windward.