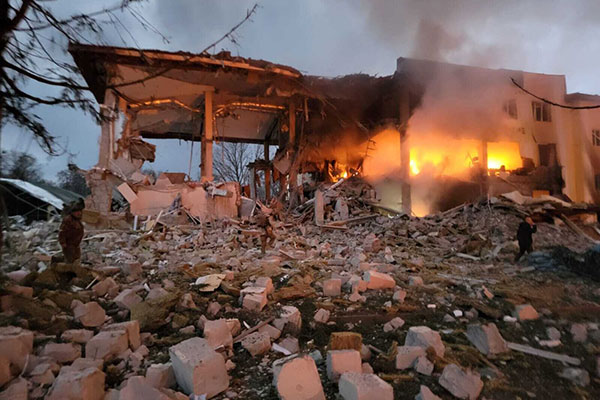 Explosions have been heard on the outskirts of the western Ukrainian city of Lviv after Russian forces launched an attack on a military base just 12 miles from the Polish border, killing at least nine people and injuring dozens more.

According to Ukrainian sources, Vladimir Putin’s forces had launched a missile strike on the International Center for Peacekeeping and Security, also known as Yavoriv military complex, just before 6am this morning.

Initial reports suggested the base had been targeted by eight missiles, but Maksym Kozytskyi, Governor of the region later confirmed 30 cruise missiles had been fired, killing 35 people and injuring 134.