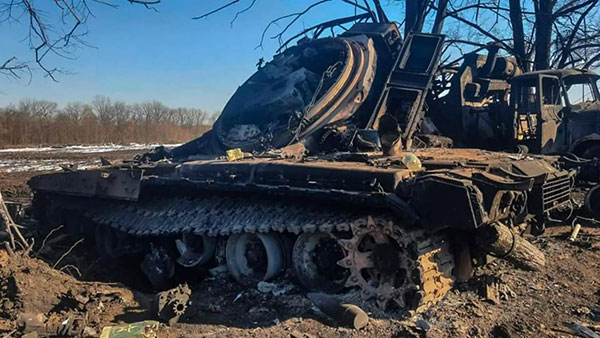 Russia has suffered more losses in the 26 days since the start of their full-scale invasion of Ukraine than the Soviet army did over the course of a decade (1979-1989) in Afghanistan, data shared by the Ministry of Defense of Ukraine has shown.

The infographic released by the Ministry of Defense shows that the official Soviet army losses in Afghanistan amounted to 15,051 personnel, whereas the losses currently suffered by the Russian army in Ukraine amount to around 15,300 personnel, according to the General Staff of the Ukrainian Armed Forces

Ukrainian presidential adviser Oleksiy Arestovych on Wednesday said he expected the active phase of the Russian invasion to be over by the end of April as the Russian advance had already stalled in many areas.