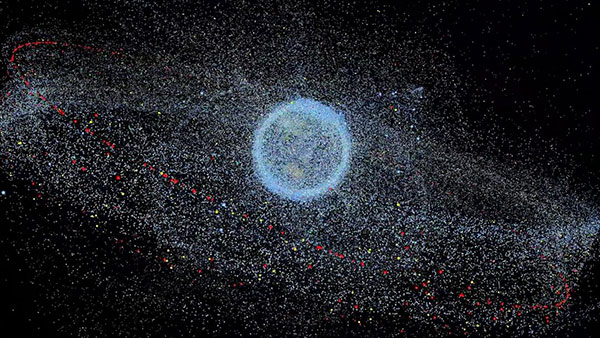 Significant amounts of debris from Russia’s Nov. 15 anti-satellite weapon test will continue to threaten US military weather and spy satellites, as well as the International Space Station over the next several years, according to a detailed analysis by commercial space tracking firm COMSPOC.

The satellite most imperiled in the first 24 hours after the A-235/P-19 Nudol ASAT system’s interceptor smashed into Russia’s Cosmos 1408 bird was one of America’s four remaining Defense Meteorological Satellite Program weather sats, DMSP 5D-3 F18 (USA 210). Two other DMSP birds — DMSP 5D-3 F16 (USA 172) and DMSP 5D-15 (USA 147) — were also among the top 50 at-risk satellites in the immediate wake of the ASAT test, according to COMSPOC’s analysis.

Update: this video represents a simulation of the initial dispersion of the fragments resulting from the reported #ASAT test. The event has increased the collision risk of spacecraft in the LEO regime registered to #EUSST, hence impacting the safety of EU #space infrastructure. pic.twitter.com/iA3zRKNqr1