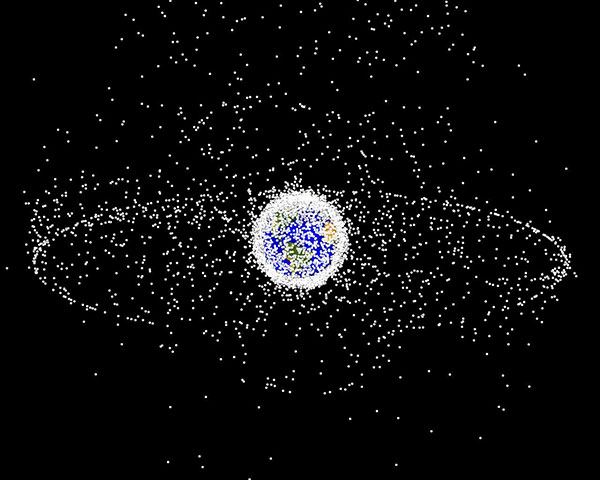 A computer-generated image representing the locations, but not relative sizes, of space debris as could be seen from high Earth orbit. The two main debris fields are the ring of objects in geosynchronous Earth orbit (GEO) and the cloud of objects in low Earth orbit (LEO).

The U.S. government has condemned a Russian anti-satellite missile launch that blew up a Russian satellite on Monday, generating debris that now endangers the International Space Station.

“Today, miles above us, there are American astronauts and Russian cosmonauts on the International Space Station. What the Russians did today, with these 1,500 pieces of trackable orbital debris, poses a risk not only to those astronauts, not only to those cosmonauts but to satellites of all nations,” said State Department spokesman Ned Price.

Price added that the impact also generated hundreds of thousands of pieces of debris too small to be tracked.