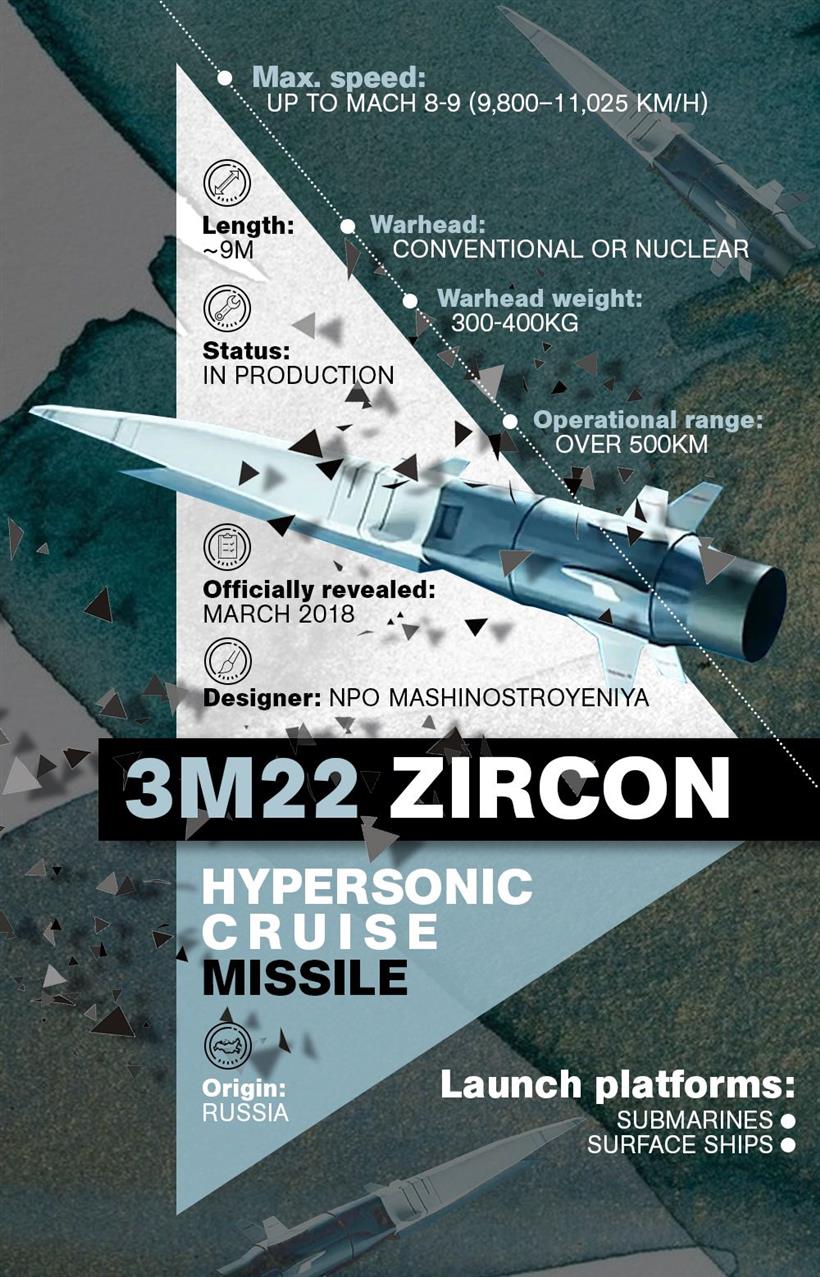 Russia today announced it has successfully test-fired its new lethal Zircon – or Tsirkon – hypersonic missile from a nuclear submarine for the first time.

The 6,670mph weapon hit a target in the Barents Sea according to the Moscow defence ministry, who claims the missile is capable of Mach-9 speeds and able to evade all Western defences.

Footage released by the ministry shows the debut launch from nuclear submarine Severodvinsk while the vessel was on the surface of the White Sea.

Australian Prime Minister Scott Morrison says it will join the U.S. in a diplomatic boycott of the Beijing Winter Games.

Putin To Biden: 'Finlandize' Ukraine, Or We Will

Putin To Biden: 'Finlandize' Ukraine, Or We Will

US should expect cyberattacks in any struggle for Taiwan

US should expect cyberattacks in any struggle for Taiwan

Several U.S. defense leaders said Saturday they are worried that a confrontation with China over Taiwan would lead ...

While most Americans are legally traveling to visit relatives and celebrate during the holidays, Border Patrol agents ...

Prosecutors have charged Ethan Crumbley — the Oxford teen who authorities say shot and killed four of his classm...

A top virologist is speaking out about the transmissibility of the Omicron variant in comparison to the Delta stra...