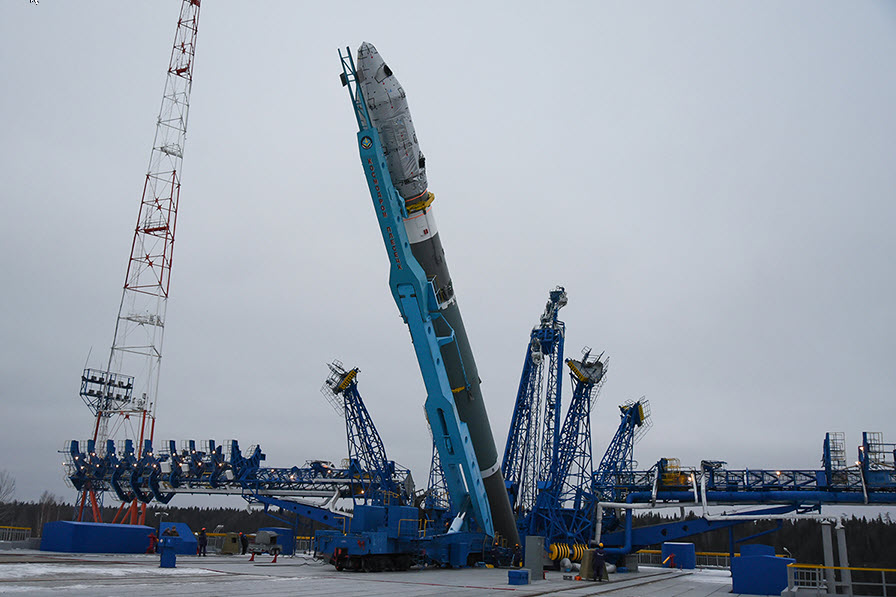 A Russian rocket topped with Kosmos-2543 and Kosmos-2542 satellites is shown as it was erected in November 2019. The following year, Russia deployed both satellites to perform coordinated, close-approach orbital maneuvers in the vicinity of a U.S. military reconnaissance satellite, the KH-11. (Photo by Russian Defense Ministry)

Commercial satellites used by the United States to assist Ukraine in its war against Russia are “legitimate” targets for attacks, a Russian diplomat said Wednesday.

Konstantin Vorontsov, the deputy chief of the Russian Foreign Ministry’s arms control and nonproliferation department, complained to the UN that the use of such satellites in conflicts marked an “extremely dangerous trend.”