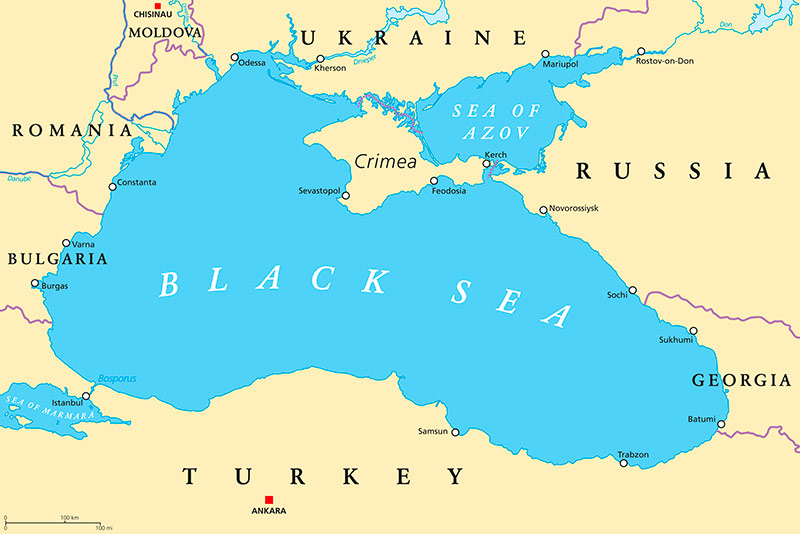 Russia Calls U.S. An Adversary, Warns Its Warships To Avoid Crimea “For Their Own Good”

Russia on Tuesday called the United States an adversary and told U.S. warships to stay well away from Crimea “for their own good”, calling their deployment in the Black Sea a provocation designed to test Russian nerves.

Moscow annexed Crimea from Ukraine in 2014 and two U.S. warships are due to arrive in the Black Sea this week amid an escalation in fighting in eastern Ukraine, where government forces have battled Russian-backed separatists in a conflict Kyiv says has killed 14,000 people.

“The United States is our adversary and does everything it can to undermine Russia’s position on the world stage,” Deputy Foreign Minister Sergei Ryabkov was cited as saying by Russian news agencies.

“We warn the United States that it will be better for them to stay far away from Crimea and our Black Sea coast. It will be for their own good,” said Ryabkov.

[ Editor’s Note:  There seems to be this irresistible pull on Biden to return to Ukraine. Could it be more $$$ to be had through corrupt business dealings?

Could it be a desire to stir up trouble between NATO and Russia to blunt completion of the Nord Stream II pipeline to Germany? If completed, Nord Stream 2 would compete with shipments of U.S. liquefied natural gas. It would also deprive Ukraine of valuable transit fees currently being paid.

There are those who say that the Nord Stream II also poses an intelligence threat to the West. There exists the risk that the infrastructure used to lay the Russian pipeline beneath the Baltic Sea may allow the Kremlin to deploy surveillance devices.