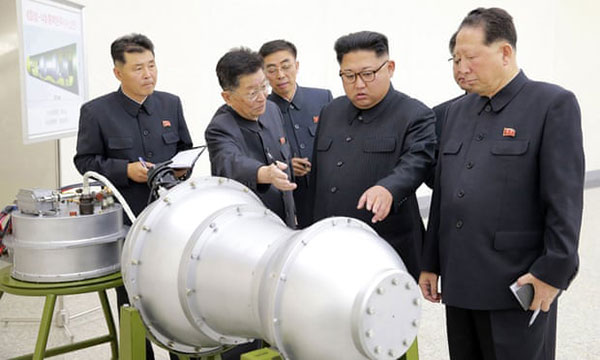 North Korea appears to have restarted a nuclear reactor that is widely believed to have produced plutonium for nuclear weapons, the U.N. atomic watchdog said in an annual report, highlighting the isolated nation’s efforts to expand its arsenal.

The signs of operation at the 5-megawatt (MW) reactor, which is seen as capable of producing weapons-grade plutonium, were the first to be spotted since late 2018, the International Atomic Energy Agency said in its report dated Friday.

“Since early July 2021, there have been indications, including the discharge of cooling water, consistent with the operation,” the IAEA report https://www.iaea.org/sites/default/files/gc/gc65-22.pdf said of the reactor at Yongbyon, a nuclear complex at the heart of North Korea’s nuclear program.

[ Editor’s Note: This is yet another Biden disaster. Not so long ago, Kim Jung Un and Trump certainly appeared to have things in hand. We may not have been “Bestest Friend” nations, but we were talking and things were calm. ]