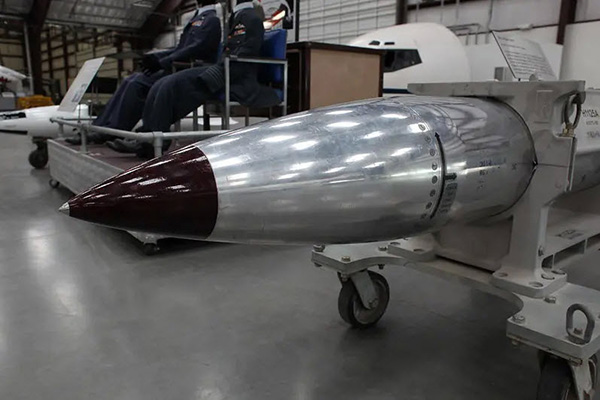 The B61 is of the variable yield ("dial-a-yield" in informal military jargon) design with a yield of 0.3 to 340 kilotons in its various mods. It is a Full Fuzing Option (FUFO) weapon meaning it is equipped with the full range of fuzing and delivery options including air and ground burst fuzing, and free-fall, retarded free-fall and laydown delivery. As of 2020, the B61 is undergoing a 12th modification.

Poland Ready To Host US Nukes On NATO’s Eastern Flank

Specifically he said Poland stands open and ready to deploy US nuclear weapons on its soil. This is the same ruling party politician who previously called for a NATO ‘peacekeeping’ mission in Ukraine, which other Western leaders have rejected given it would mean a direct shooting war with Russia.