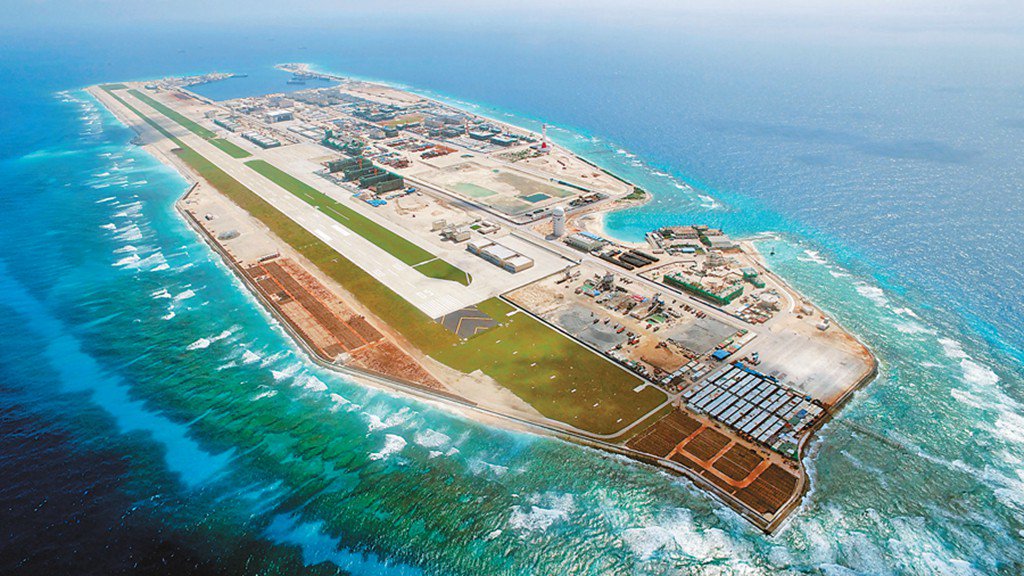 Fiery Cross Reef in the Spratly Islands of the South China Sea.

The Philippine government said Wednesday that more than 250 Chinese vessels it believes are operated by militia have been spotted near six Manila-claimed islands and reefs in the disputed South China Sea and demanded that China immediately remove them.

China has ignored a Philippine government diplomatic protest and a call more than a week ago by Philippine Defense Secretary Delfin Lorenzana for about 200 Chinese vessels to leave Whitsun Reef, stating that the maritime territory belongs to it and the Chinese vessels were sheltering from rough seas.

[ Editor’s Note: China’s sweeping claims of sovereignty over the S. China Sea—and the estimated 11 billion barrels of untapped oil and 190 trillion cubic feet of natural gas beneath the surface—have antagonized competing claims by Brunei, Indonesia, Malaysia, the Philippines, Taiwan, and Vietnam. In recent years, China has been “reclaiming” territory in the South China Sea by physically increasing the size of islands, creating new, strategically positioned islands, as well as adding military installations.

To protect political, security, and economic interests in the region, the U.S. is challenging China by conducting Freedom of Navigation Operations (FONOPs) and bolstering military support for Southeast Asian partners.

This body of water is highly likely to be the location of a future conflict between China and the U.S.. ]