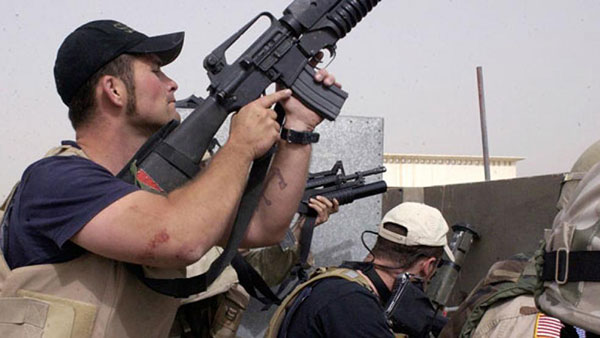 The number of private military contractors operating in Afghanistan has dropped precipitously in recent months – the first specifics in an otherwise secretive withdrawal process and the surest sign yet that the Biden administration, unlike its predecessors, does not appear to be retaining any on-the-ground military support for its local allies after it leaves.

New documents prepared for Congress by the Defense Department show the total number of all kinds of contractors in Afghanistan has dropped by more than half in the last three months from almost 17,000 as of April to only 7,800 this month, with fewer than 2,700 Americans among them. The cuts are especially acute for private security contractors and for logisticians and mechanics, including the critical staff necessary to keep Afghanistan’s fledgling air force aloft. The Biden administration increasingly touts that force as one of the last remaining advantages the U.S.-backed local military has over the Taliban.

[ Editor’s Note: Our contacts in the business tell AlertsUSA that everyone wants out now that the coalition forces are have nearly completed their withdrawal. There is little faith in the Afghan National Army, despite nearly two decades of effort trying to help them stand up a competent fighting force.

Read More:  China will be the next empire to enter the Afghan ‘graveyard’. .